THE “CIRCUIT BOARD” QUESTION – THE WORSHIP ENERGY – etc. – PART THREE

THE WORSHIP ENERGY…., and how something like this…, getting millions of people to “pray to” and to “worship” a particular being can actually “CREATE” immortality for that being…, and possibly even a “heavenly realm”  (read alternate reality) for that being to live in!

The ramifications of this are huge…, and suddenly the idea of IMMORTAL SPIRITUAL MASTERS…, and ANCIENT SAINTS AND SAGES who seem to have immortal life comes into question!

Add to that the fact that so many of these Ancient Temples are actually positioned on top of the Earth’s actual magnetic energy system…, and they seem to be built like gigantic computer boards…, and ALL OF THAT ENERGY is going somewhere…, then we have some SERIOUS QUESIONS to ask ourselves!

WHAT IS THE KEY TO CREATING AN “ALTERNATIVE” REALITY ?

That which can be seen – is not always all there is!

Consider that there are things that you can NOT see, but still exist!

Why would it be necessary to position ALL of the world’s greatest “temple complexes” directly on top of our planet’s actual “magnetic energy system”?

It is, in point of fact, totally and completely NATURAL – and is derived from the energetics of our very own planet!

This is why “magic” (a shortened version of the word “magnetic”) is VERY MISLEADING – and intentionally so.

This “word” was created to HIDE the source of the power being used to do things considered to be out of the ordinary and super-natural.

It is a power that is recognized cosmically by all adepts as the true SOURCE of power in the Universe.

MAGNETISM and MAGNETICS is the very basis for all advanced technology in the Universe!

Which is why…, over and over again…, I (Bradley) have posted this very important curriculum on my own blog – in order to show everyone just how backward and “stoneage” our own educational system (started by the Rockerfellers) really is!

Now…, notice that for 4 long years (in my Cosmic Curriculum) the ONLY subjects beings taught to children are these THREE listed above!

Becuase if this curriculum were taught to children…, they would know EVERYTHING there is to know about how the Universe functions in basic terms!

The Illuminati/Luciferian/Dark Magicians certainly have this knowledge (most of it is locked away in the Vatican Library) and they are using it behind our backs!

Let’s INVESTIGATE what a human being with real KNOWLEDGE of applied magnetics can achieve!

…Add to that the fact that so many of these Ancient Temples are actually positioned on top of the Earth’s actual magnetic energy system…, and they seem to be built like gigantic computer boards…, and ALL OF THAT ENERGY is going somewhere…, then we have some SERIOUS QUESIONS to ask ourselves!

See this video below!!

What if I were to tell you that as we speak…, right now today…, there are places and realms on Earth that  DO EXIST – which are hidden from your view?

What would you say?

People with NO KNOWLEDGE of magnetics would call it “magical”!

However, a tiny child (taught properly) would simply call it science!

Consider the FACT that all of these Ancient Temple Complexes were built to do ONE THING ONLY –  and that was to “generate” huge amounts of ELECTRICAL POWER and channel that power into MAGNETIC FIELD USE!

From the size of the Temple Complexes and the sheer number of them located all over the Earth…, they could EASILY have constructed huge floating cities that are HIDDEN from our eyes – and exist in an OUT OF PHASE realm or reality.

The raw POWER is coming from (being stolen from) OUR REALITY – but is being used to SUPPORT a “tangent” reality!   A hidden reality!

Now that we have “set the stage” so to speak…, let me ask you this question…

COULD IT BE THAT OUR “ANCIENT GODS” HAVE NEVER LEFT – BUT ARE LIVING IN HIDDEN REALMS THAT ARE CREATED BY THE ENERGY THAT THEY STEAL FROM THE REST OF US??

Could this be what all of the “energy havesting” is all about?

Just like in the MATRIX MOVIES – could our “very short” lives here on Earth simply be nothing more than “captured batteries” which have been designed to produce huge amounts of “collectible” energy that can be HARVESTED and used to POWER hidden realms where these “so-called” gods can live super exteneded lives at our expense?

WHERE IS ALL OF THE HAVESTED ENERGY GOING?

Why is it that all “Channeled” Ascended Masters (Masters of Heaven) or “ARI of AN”…, constantly tell us to DO NOTHING…, never to judge and to simply to continue to ALLOW what is happening on the Earth?

Could it be that their very LIVES depend upon the Energy Harvesting and Energy Collection Systems??

Why did they CREATE all of these FAKE RELIGIONS…, and then insist that we gather inside of their CHRUCH BUILDINGS every seven days and proceed with Ritualistic like masses that produce huge “volts” of WORSHIP ENERGY!

Could Church Steeples have been “created” to channel electrical energy UPWARD to other realms? 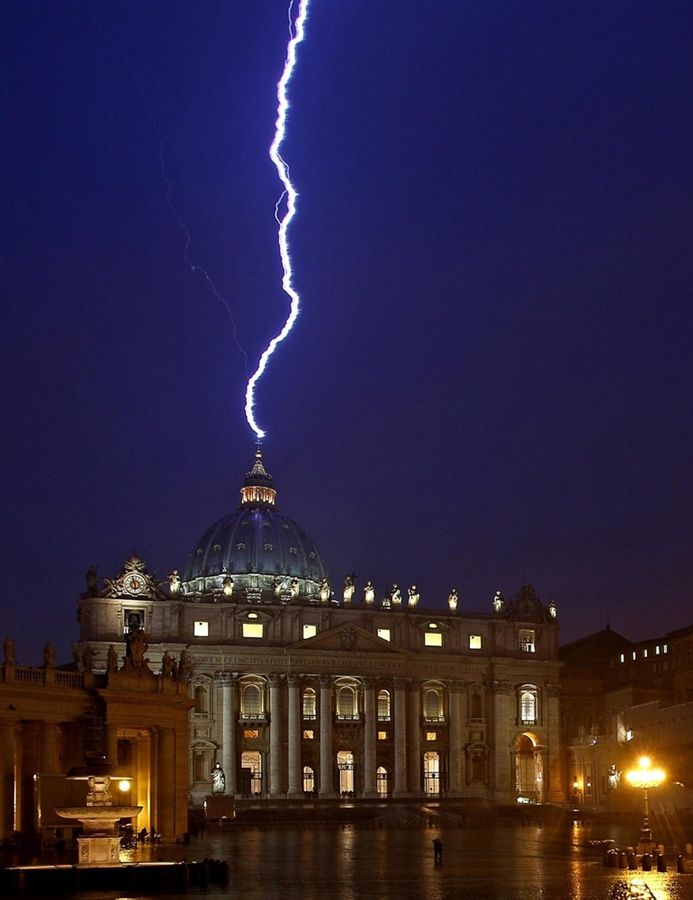 WHO ARE THE ANCIENT GODS OF BABYLON?

Imagine if you will a (devious) older brother, telling his much younger brother (who does not know any better) that the only way to grow taller was to “hang upside down” for at least an hour a day!

If the innocent child respected his older brother, and did not verify the facts, what might he do IF PROVIDED a special contraption by his (oh so helpful) older brother – to hang upside down in?

Do you think he might willingly put himself into the contraption – just so that he might someday get bigger?

Could it be that the very SAME TYPE OF THING can happen to adult human beings who just (blindly) listen to – and believe everything that they are told by other beings that they consider to be “AUTHORITY FIGURES”?

WHAT ABOUT THE CHANNELING COMMUNITY – AND THOSE WHO BLINDLY FOLLOW THE MESSAGES??

Is this “type” of cruelty limited only to a small child and his deviant older brother?   Or, could it apply to a wider selection of beings?

My friends, we are FINALLY starting to awaken!    Cherish the moment!

But, as we awaken, we are going to find – just like the innocent little kid in the example above – that we have done some really stupid stuff here on Earth only because some really sick and twisted beings/entities thought it was funny to lie to us!

How we deal with that is going to be important!

Forever trying to be “helpful”…, the oh so clever “older brother” in the form of countless ASCENDED MASTERS have given humanity dozens of activities to perform which (supposedly) will help us all “grow taller”.   In TRUTH…, these activities (just like hanging upside down) were all quite meaningless!

Did you ever stop to think that NONE of these “activities” were ever necessary – and that simply by living our lives here on Earth in a natural and loving way…, we would ALL EVENTUALLY GROW TALLER?

Did you ever stop to think that these (so called) ASCENDED MASTERS were laughing at us behind our backs because it was quite “entertaining” for them to see so many human beings doing all of these “activities” which were quite meaningless?

WHAT ADULT HAS NOT ASKED A VERY YOUNG CHILD TO PULL HIS OR HER FINGER – AND THEN BURPED OR FARTED JUST TO IMPRESS THE CHILD AND SEE THEIR REACTION?

You see, when you are dealing with youth and ignorance…, it’s funny to see the reaction!

GOD WAS WATCHING – AND SENT US HELP!

Once upon a time…, there WAS a man who came to Earth, and he told us that countless things we had been TOLD to do (in order to grow) were NOT NECESSARY!

He came to us and said:

You do NOT need to do these things in order to please GOD!

The ones who had been the MOST FOOLED, did not like what he was saying to them.   After all, they had done these RITUALS for thousands of years!

They had hung upside down in the contraption for an hour everyday just like their OLDER BROTHER had told them to….., just so they could grow taller!

How DARE this man…, this guy…, this WHOEVER HE IS…, come to Earth and tell us that all of the STUFF we’ve been doing everyday is NOT necessary?

Instead of doing all of the RITUALS…, this man simply says:

(DON’T WORRY – YOU WILL GROW TALLER).

So the men and women on Earth who are the LEADERS of the rituals and the sacrifices are now faced with a HUGE problem!

They’ve grown quite FAT and WEALTHLY on teaching everyone else the exact/best and proper way in which to “hang upside down” (for an hour a day) in order to grow taller – just like the wicked OLDER BROTHER told them to do so very long ago.

Even if what this “newcomer” says is true…, his new information INTERFERES with the status quo that has been built up over thousands of years!

POWER has now been established on the Earth among the still very young children!  And those in the greatest positions of power are the ones who teach everyone the best way to hang upside down!

THE ONLY THING FOR THEM TO DO THEREFORE IS TO GET “RID” OF THE NEW COMER!

Furthermore – everything he has said – must be denied -stomped out – made to look foolish!

You see my friends VERY YOUNG CHILDREN do not react very well to being LIED TO!

They do NOT APPROVE of being made to look like fools!

Once they find out that an “older brother” (someone they believed and trusted) blatantly LIED TO THEM (just for a laugh) their reaction is usually an outburst of EXTREME ANGER!

And (in my opinion) with all things being equal…, such a reaction is JUSTIFIED!

No being in the Universe has “the right” to take advantage of innocence simply for “entertainment purposes”.

So who is this deviant  “older brother” to humanity who just could not help but tell us all that by “hanging upside down” for an hour a day – we would All grow taller?

It would have to be a being with an extreme sense of “arrogance” – “pride” and “feelings of entitlement”.

It would have to be an attitude of overwhelming “betterness” coupled with a feeling of “the uselessness of humans” – in much the same way that an arrogant older brother sometimes looks upon a much younger brother.

Thinking that the younger brother is just “useless” because he does not know much….

My dear readers…, humanity has been LIED TO!

This is the single most important revelation that we are going to have to come to grips with!

But it is not just that we’ve been lied to by those who who wanted to get a “laugh” at our expense…, but we been LIED TO by pretty much EVERYONE who could “get away” with it – simply because “getting a younger brother” to carry your shoes for you…, means that you don’t have to do it!

More will be coming…, STAY TUNED FOR PART FOUR…

THE “CIRCUIT BOARD” QUESTION – THE WORSHIP ENERGY – etc. Part Two

READING BETWEEN THE LINES – EASY LESSON